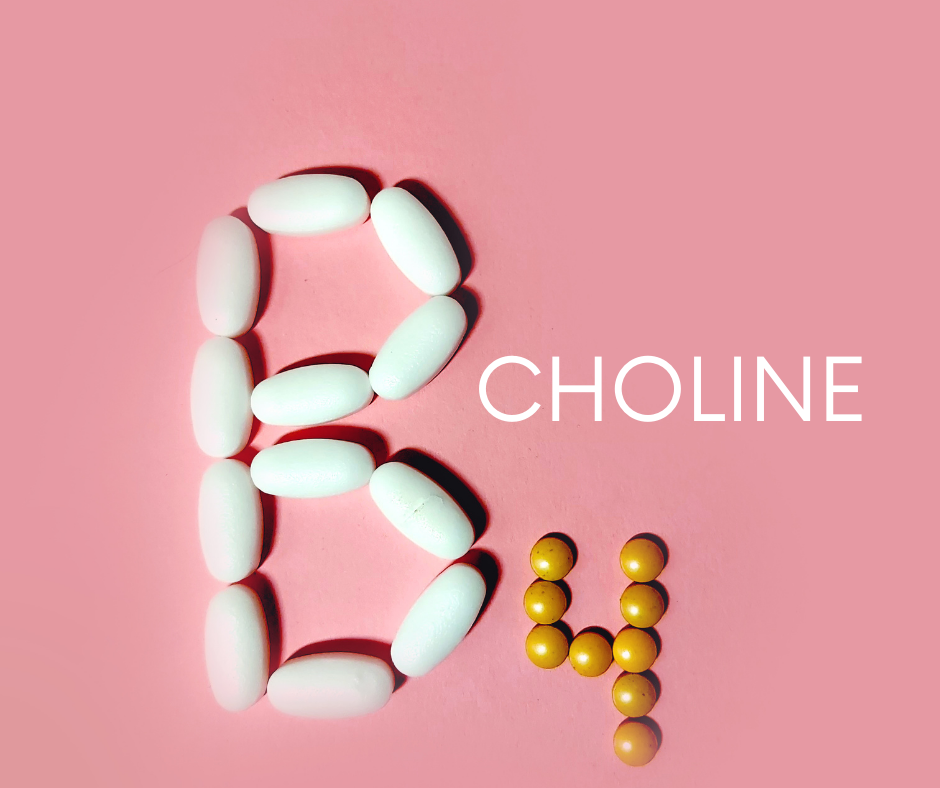 Choline is derived from the amino acid, glycine. It can then be made into betain or shunted down to make phosphatidylcholine. Phosphatidylcholine is needed to produce acetylcholine, an important neurotransmitter for memory, mood, muscle control, and other brain and nervous system functions. Choline plays important roles in modulating gene expression, cell membrane signalling, lipid transport and metabolism.

Choline can be made in the body, but the ability of the body to produce enough depends on the methylation process. Hence why it is an essential nutrient.

A deficiency is often associated with disease states such as:

Choline is the key nutrient to transport fat from the liver, and with out enough choline then we often see signs of non-alcoholic fatty liver disease.

Choline and betain have a connective relationship and both need a functioning folate cycle to contribute to the methionine cycle, as these cycles are both part of DNA methylation. Methionine is also involved in producing SAMe, a nutrient that is often considered in mood disorders.

If you have the MTHFR 677T snp especially heterozygous, then the recommended daily allowance needs to be much higher than standard requirements. If you have the MTHFR, PEMT or CBS snps then your ability to remethylate choline into methionine could be greatly reduced.

The PEMT snp is an issue especially for females, as its uses oestrogen to help convert choline into phosphatidylcholine. If you are carrying thisPEMT Snp and you are post-menopause then you would be experiencing a dysregulation in your choline pathways. Your requirements for choline are most definitely increased

Low choline can affect the nervous system, due to a lack of acetyl choline.  As acetylcholine is a neurotransmitter essential for processing memory and learning, it is decreased in both concentration and function in patients with Alzheimer’s disease.

Choline can be sourced from foods but usually you can only get around  50% of  choline requirements.

Choline is found in foods such as:

The signs and symptoms of choline deficiency are not always that obvious because they can look like many other conditions, but if you have the following then this nutrient is worth consideration.

Whilst a true deficiency is quite rare, the recommended daily allowance has been found to be low especially for those with methylation issues and pregnancy.  It is often needed in much higher amounts than RDI’s.

So if you think you need more choline or you have any of the mentioned conditions, then book in and have a chat.

Book in for your Free 15 minute Discovery Chat Dismiss

You can find out more about which cookies we are using or switch them off in settings.

This website uses cookies so that we can provide you with the best user experience possible. Cookie information is stored in your browser and performs functions such as recognising you when you return to our website and helping our team to understand which sections of the website you find most interesting and useful.

Strictly Necessary Cookie should be enabled at all times so that we can save your preferences for cookie settings.

If you disable this cookie, we will not be able to save your preferences. This means that every time you visit this website you will need to enable or disable cookies again.